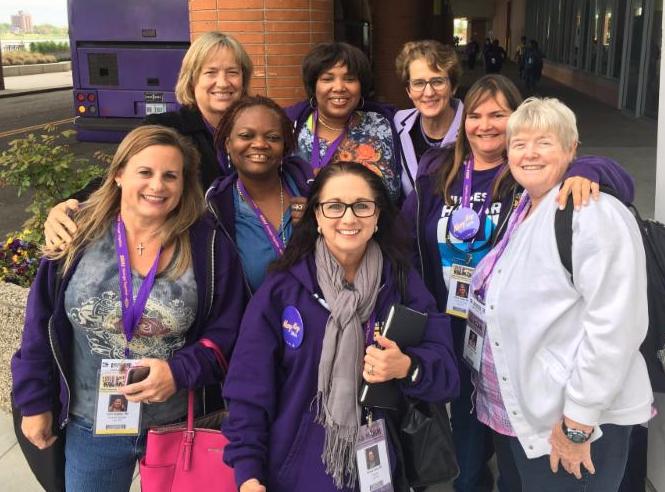 The recent SEIU convention in Detroit marked a milestone in the continued success of Local 1991, thanks in great measure to the hard work of our active members.

President Baker was elected as an Executive Board member on SEIU International President Mary Kay Henry’s slate. The honor is a huge recognition of all the progress we have made together as a team. 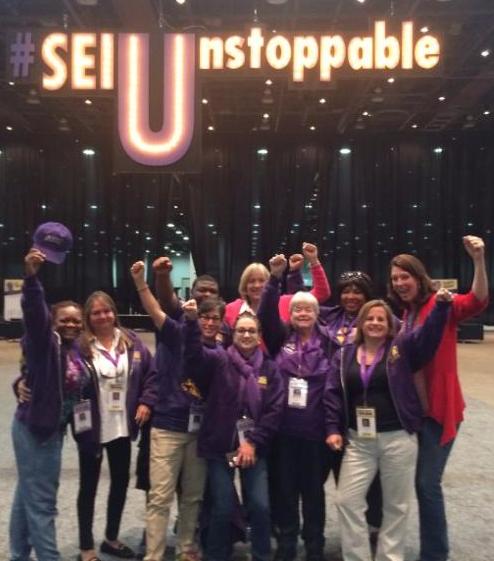 In particular, MKH and the executive board were impressed with Local 1991’s success as the local with the highest percentage of membership in any right-to-work state in the country. They also noted the high level of participation of our members in political campaigns. We blew them away with our turnout for Hillary in the primary push. Finally, our local’s leadership role on the national Nurse Alliance was also lauded.

The member delegates who attended our 26th International Convention adopted a range of resolutions to guide SEIU in the coming years. (The following are capsule summaries; click through to the resolutions themselves for a fuller understanding of each. They are presented in the order of their resolution number.)

RESOLUTIONS PROPOSED BY THE INTERNATIONAL EXECUTIVE BOARD